Agriculture is a hands-on industry, but it interfaces with many other industries as well as with government agencies.

Nobody has time for cumbersome bureaucracy, especially the farmer whose days are filled with the countless tasks and processes involved with operating a farm. Agriculture online forms have taken some of the burden off of agricultural professionals by eliminating paper, pens, calculators, and stamps, and the agencies that use the data collected from farmers benefit as well.

Perhaps the uses of online forms in agriculture can inspire you with ideas about how they can be used in your organization as well.

Ireland conducts an annual census of sheep and goats, and completion of the census each year helps ensure farmers are eligible for various government programs and payments, such as a national Sheep Welfare Scheme and other agricultural programs.

Completing such a census by hand is time-consuming for both the farmer and the agencies supporting them. What’s more, old-fashioned census forms generate significant paper waste, and cause agency workers to have to enter data by hand into their databases. Online forms are faster, more accurate, and more planet-friendly.

Additionally, the use of single-tap answers is preferable wherever possible, since typing out words on a tiny mobile screen is slow and painstaking. With the right form software, it’s possible to make forms that use multiple choice questions, allow users to choose ranges through drop-down menus, and otherwise minimize the need to type words into forms. This level of convenience helps ensure timely completion of mandatory forms. 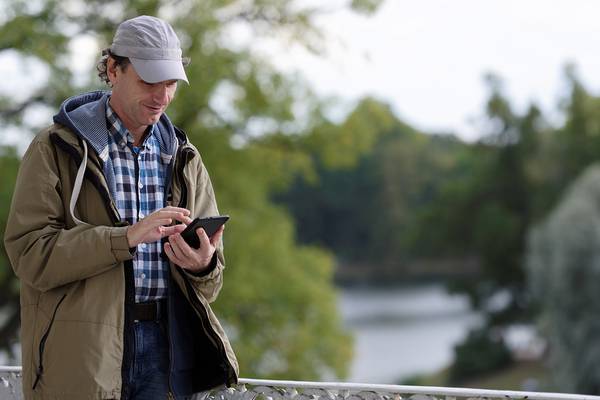 When forms are built with the right online form software, users who partially complete forms can save their progress and pick up where they left off next time, so they don’t endure the frustration of having to start over. Another feature to look for in online form software is capability for automation of basic arithmetic formulas. That way, the form user doesn’t have to enter a string of numbers and then manually do the math themselves, risking the introduction of errors.

With online surveys and other forms, completion and successful submission can be reflected through a “Thank you” screen that reassures the user that their data has been entered properly and submitted to the right personnel. Some organizations offer incentives for prompt completion of online forms by putting names into a drawing for a prize when forms are completed by a certain date. There are countless ways that online forms can improve the experience for both form users and for those who collect and process form data.

PerfectApps empowers users to create custom online forms that are mobile-friendly and aesthetically pleasing. More importantly, PerfectApps interfaces with other common office systems easily, so data collected from online forms is routed to exactly where it needs to go, with no human intervention necessary. And all of this can be done without programming, due to an intuitive, drag-and-drop interface.

PerfectApps is flexible enough to serve industries across the spectrum, from agriculture to e-commerce to insurance, education, and more. Did you know you can test drive PerfectApps for free? Sign up for a free trial and learn how easy it is to create online forms that get the job done in record time, with unmatched accuracy and utility.